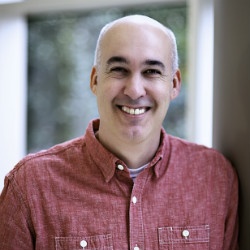 Tim Huntley graduated in 1989 from North Carolina State University with a BS in Computer Science, and is the former CEO of Ganymede Software, a venture-backed start-up he founded in 1995 with three friends from IBM.  Ganymede developed two award winning products, Chariot and Pegasus, for testing and measuring the performance of applications running over enterprise computer networks and was acquired in 2000 by Mission Critical/NetIQ,

Following the acquisition by NetIQ, Tim was involved in a wide range of M&A, due diligence, and investment activities. These included the integration of WebTrends, the purchases of Marshal Software and SQL Probe from Subquery Innovations, and investments in @Stake and Lumigent Technologies.

More recently, Tim was the COO of Paired Health, a provider of software and services for hospitals to deliver transitional care into the community.

In addition to his role at Centervention, Tim is an Entrepreneur in Residence for Blackstone Entrepreneurs Network and is on the board of Adzerk.